Recently I upgraded CPU, MOBO and RAM in my rig. I figured out it might be a good idea to compare upgraded system to old config. Especially, because I did not yet see a Ryzen 3000 review which directly compares new Ryzen CPUs to X79 antiques.

Disclaimer: Please keep in mind that I am not a professional reviewer nor I aspire to be one. Those are just the the tests I run for my own curiosity. Testing methodology is most likely flawed, especially when it comes to gaming benchmarks. I do not have enough experience to chose appropriate graphics settings.

For both systems Windows 10 1903 was used, however there was probably like a month between running tests on Intel platform and AMD platform, therefore Windows had more patches applied when AMD test was run. For AMD system “Ryzen high performance” power plan was used (the one which comes from AMD chipset drivers) and for Intel the default Windows one was picked. 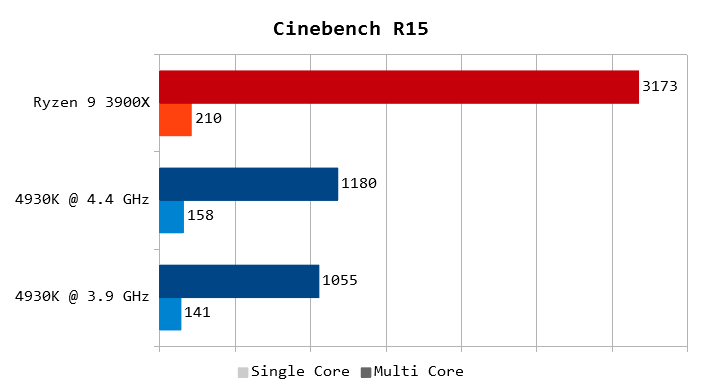 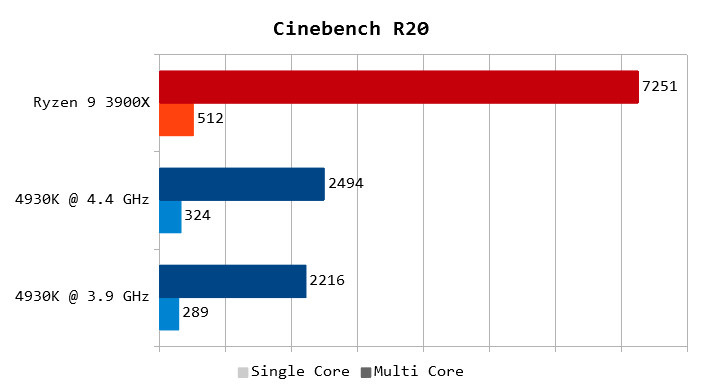 As expected 3900X slaughters 4930K in multi core runs, after all it has twice the amount of cores. It also beats the 4930K in single core performance in this bench, which again is not a suprise if you think about it. IPC of the CPUs increased quite a bit since X79 was released and 3900X actually runs around 4.5 GHz when only single core is loaded. 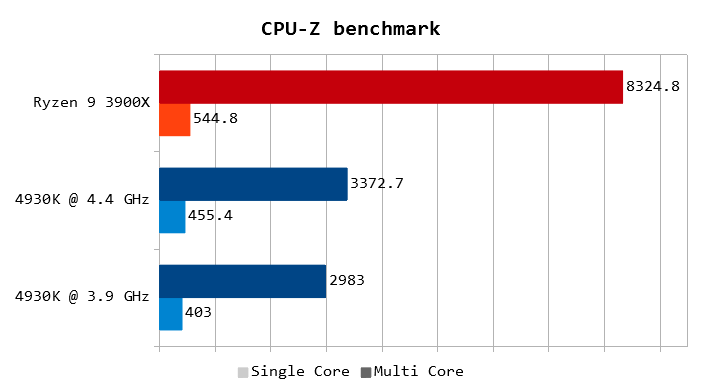 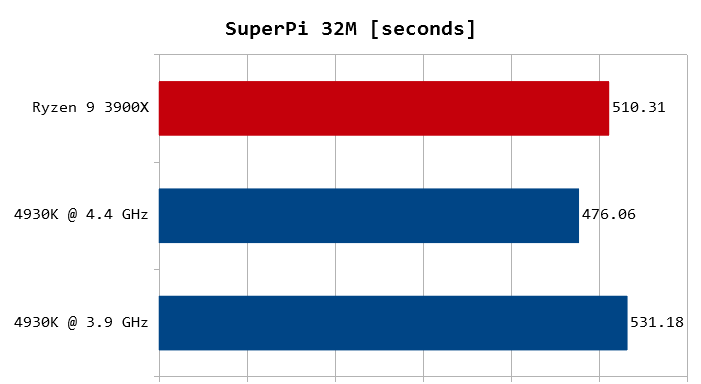 SuperPi was always Intel domain, but 3900X manages to beat 4930K at default clocks, when OCed to 4.4 GHz Intel CPU is still faster. 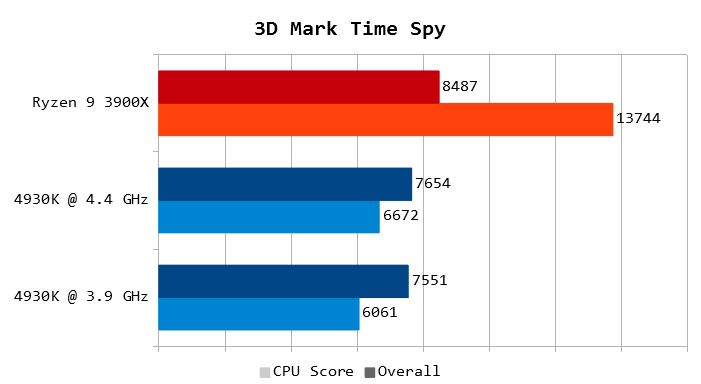 Time Spy is another win for AMD. I did not expect such big differences in overall score between different CPUs to be honest. 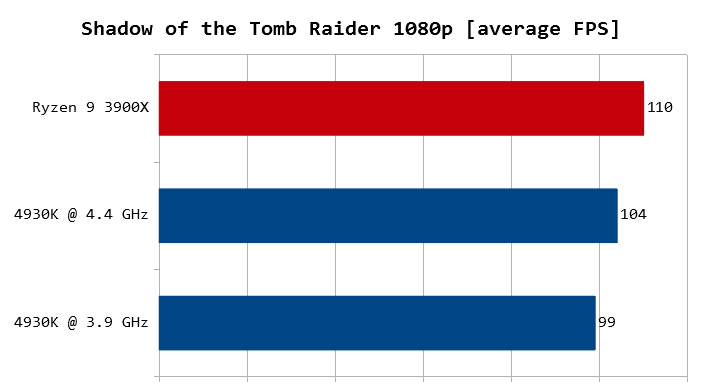 Settings used for Shadow of the Tomb Raider (integrated benchmark): 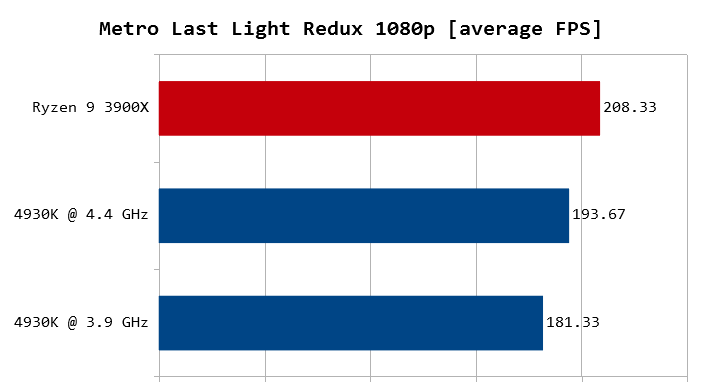 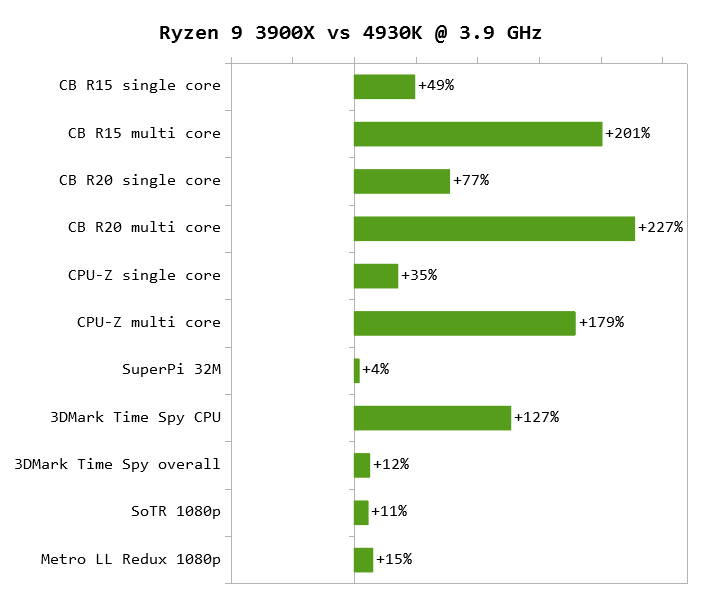 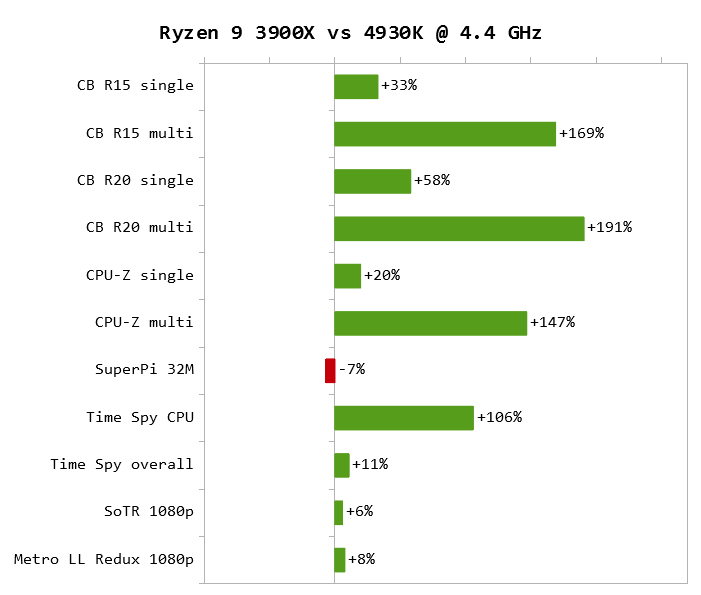 Looking at those we can see that 3900X is a huge improvement for every application which can use multiple cores (hardly a surprise :-)). Single core performance is also higher on 3900X, even when compared to overclocked 4930K. Gaming wise the performance gain is around 10% although only in 1080p. With higher resolutions performance boost will definitely not be that big (if any). Generally speaking I am quite happy with the upgrade.